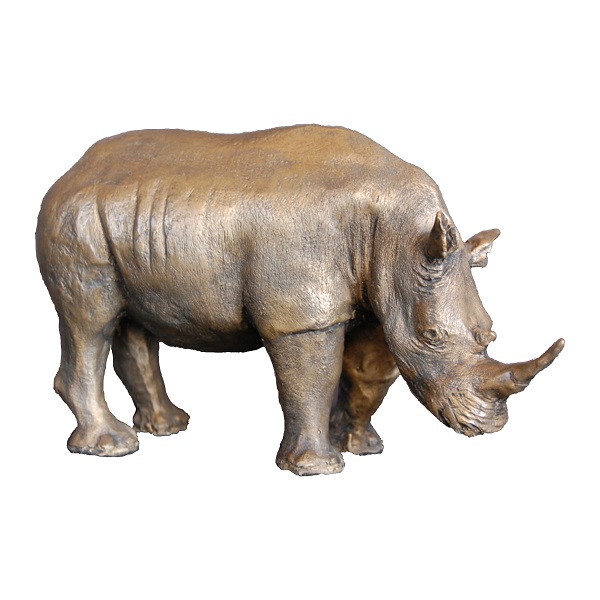 Among the most ancient of animals, rhinoceroses thrived for millions of years before meeting their most deadly enemy; humans. During the past century, the invincible looking rhino has been hunted down by Man for its horn, in the mistaken belief that it is an aphrodisiac. Now, thanks to the efforts of conservationists and scientists, the rhino is on its way back. Our rhino sculpture depicts a gentle beast of a strong and self-assured character.

"The Lion and Lioness" Statue
SIZE: 27cm height x 45cm width x 26cm depth
WEIGHT: 7.5kg
FINISH: cold cast bronze
Online Art Gallery
VIEW OUR COLLECTION OF SCULPTURES FOR SALE
Are you looking for a unique custom trophy or gift for a special occasion?
Want to know what we're up to? Receive our newsletter!
Back to content